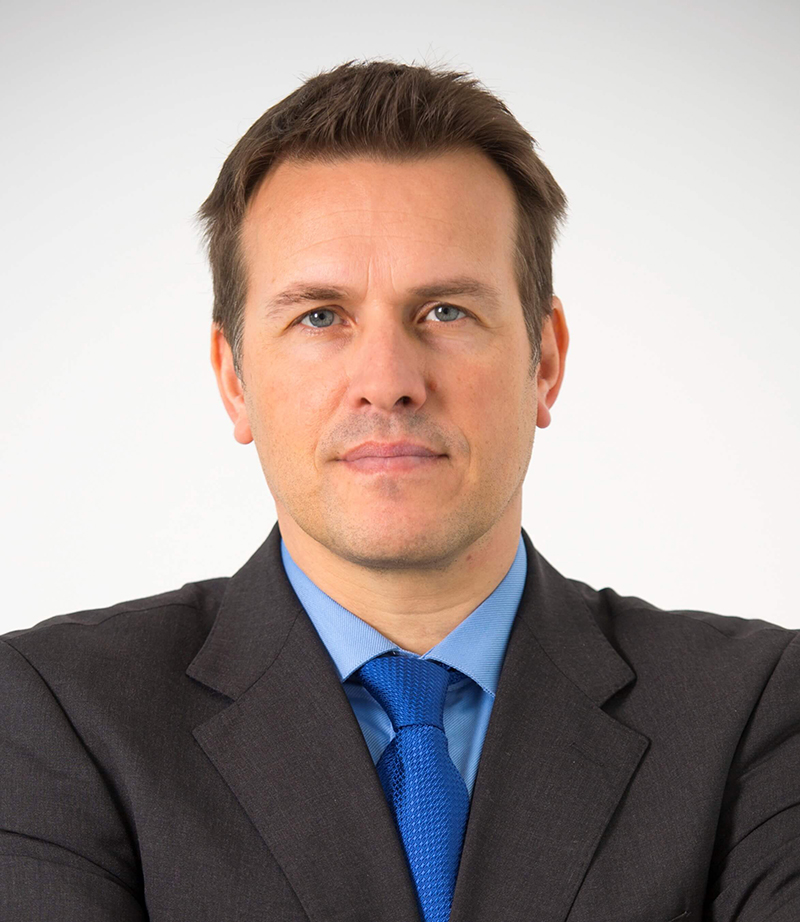 Dr. Oliver Eickelberg is an internationally renowned expert in Pulmonary, Allergy, and Critical Care Medicine. His scientific contributions have unraveled novel fundamental pathways and therapeutic targets for major advanced lung diseases, including pulmonary fibrosis, chronic obstructive pulmonary disease (COPD), and chronic rejection after lung transplantation. Dr. Eickelberg performs investigator-initiated studies, and is a member of several large networks addressing those diseases. He has a keen interest in educational programs aimed at fostering physician-scientist education and career development. He is a regular keynote speaker at major international and national platforms and conferences, and has served in leading roles of premier academic societies over the past decades.

Dr. Eickelberg studied medicine at the Medical University of Lübeck, Germany, and the University of Vienna in Austria, after which he performed scientific studies and clinical rotations at the University Hospital Basel in Switzerland. He obtained his MD from the University of Basel with experimental work on the effects of TGF-1 and -3 to extracellular matrix deposition in human lung fibroblasts. Based on this work, Dr. Eickelberg received a prestigious Feodor-Lynen-Fellowship from the Alexander von Humboldt-Association, which enabled him to study lung and kidney fibrosis at Yale University School of Medicine from 1998 to 2002. Dr. Eickelberg accepted a faculty position at the University of Giessen School of Medicine in 2002, where he established his independent research group, as well as the International Graduate Program “Molecular Biology and Medicine of the Lung (MBML)”. He accepted a full professorship at the University of Munich (LMU) and the Helmholtz Center Munich in 2008, where he was selected as founding chairman of the Comprehensive Pneumology Center (CPC), a translational medicine center funded by the Helmholtz Center Munich, The Asklepios Hospital, and the University of Munich (LMU). During his 8-year tenure as director of the CPC, he recruited a number of internationally renowned faculty to Munich, and acted on the Board of Directors of the German Centre of Lung Research (Deutsches Zentrum für Lungenforschung – DZL). In 2016, Dr. Eickelberg was recruited to the University of Colorado Anschutz Medical Campus to head the Division of Pulmonary Sciences and Critical Care Medicine, where he was appointed as Professor of Medicine, Biochemistry and Molecular Genetics with tenure. In Colorado, he recruited a number of internationally acclaimed investigators to the Division, most of whom are now independently funded by the NIH and other external bodies/foundations. In August 2020, Dr. Eickelberg was recruited to the Division of Pulmonary, Allergy, and Critical Care Medicine at the University of Pittsburgh to continue to expand his research on lung fibrosis and chronic rejection after lung transplantation, and act as Vice Chair for Basic and Translational Sciences in the Department of Medicine.

Dr. Eickelberg’s main scientific focus is basic, translational, and clinical research that aims to elucidate mechanisms of chronic lung diseases, with an emphasis on IPF, COPD, and chronic rejection after lung transplantation. These efforts have centered on approaches that seek to understand and decipher fundamental disease pathobiology, identify biomarkers to stratify patient subgroups for precision medicine, and identify novel therapeutic targets for patients with the above-mentioned diseases.

Dr. Kaleab Abebe, is an Associate Professor of Medicine, Biostatistics, and Clinical & Translational Science at the University of Pittsburgh. He also directs the Center for Research on Health Care Data Center as well as the Center for Clinical Trials & Data Coordination. Dr. Abebe joined the faculty in 2009 after receiving his PhD in Statistics from the University of Pittsburgh. His collaborative research focuses on design, conduct, coordination, and analysis of multicenter randomized controlled trials (RCTs). He is the Co-PI for the CaRISMA study, which is a pragmatic trial examining the effectiveness of computerized cognitive behavioral therapy (vs pain education) on pain intensity in adults with sickle cell disease (SCD). Dr. Abebe leads the data coordinating center (DCC) for the TAME-PKD study, which is a phase II RCT that is assessing safety and tolerability of metformin in PKD as well as for the STERIO-SCD study, a phase II trial evaluating safety and tolerability of riociguat in SCD. Most recently, he led the DCC for the HALT-PKD Network, which comprised two 7-site clinical trials evaluating the impact of hypertensive medications and blood pressure control on the progression of PKD. Additionally, Dr. Abebe collaborates with the Adolescent Medicine Division on the design and analysis of cluster randomized trials in sexual violence prevention. In addition to his research collaborations, Dr. Abebe is the director of the Clinical Trials Track for the MS in Clinical Research at the Institute for Clinical Research Education. He is a standing member of the Kidney, Nutrition, Obesity, and Diabetes (KNOD) Study Section, and he is a member of the Board of Directors for the Society for Clinical Trials.

Dr. Manisha Jhamb currently serves as the Director of Population Health Initiatives and Co-Director of Clinical Research in the Renal-Electrolyte Division at the University of Pittsburgh. Her primary research interests are to study interventions that can help improve symptoms (such as pain, fatigue, depression) and quality of life; and improve delivery of evidence-based care for patients with kidney disease.  She has led multiple clinical trials in the dialysis setting, including two ongoing ones evaluating telemedicine delivered interventions for symptom improvement in these patients. She is also very interested in evaluating innovative ways to improve health care delivery using electronic-health record based population health management tools. Her work has been funded by the National Institute of Health and American Heart Association. 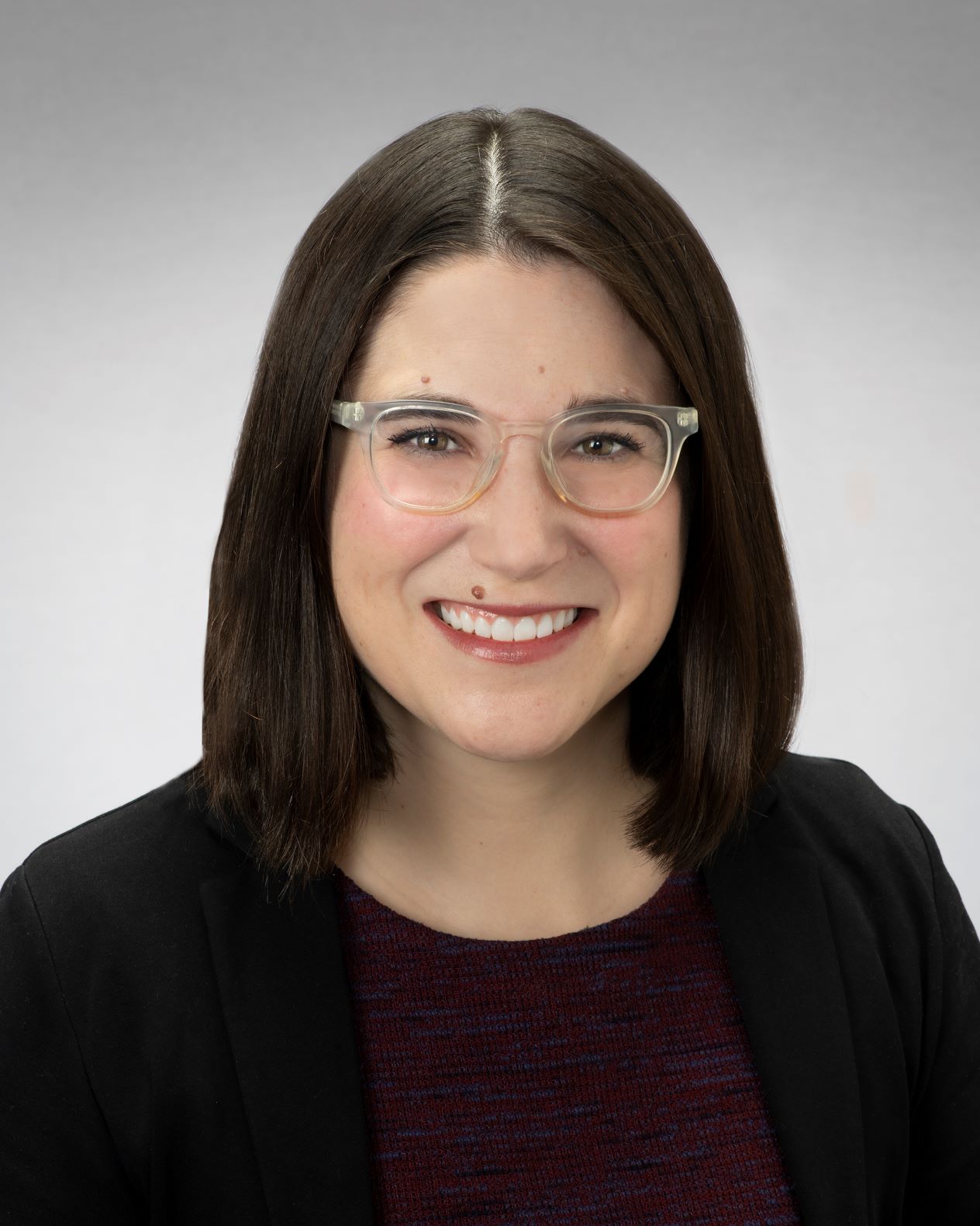 Dr. Jessica Merlin is an Associate Professor in the division of General Internal Medicine at the University of Pittsburgh (Pitt) and Director of Pitt’s CHallenges in Managing and Preventing Pain (CHAMPP) clinical research center. She is a physician and is board certified in internal medicine, infectious disease, palliative care, and addiction medicine. She co-directs a clinic for individuals with serious  illnesses like HIV and cancer who experience co-morbid pain and addiction, which is embedded in a buprenorphine-naloxone-focused opioid use disorder treatment program. She is also a PhD-trained behavioral scientist and NIH-funded clinician-investigator. Her research includes foundational work on the pathophysiology, clinical epidemiology, and behavioral management of chronic pain in people with HIV. This work has extended to management approaches to pain and opioid misuse/use disorder in individuals with other serious illnesses such as cancer. She has been recognized nationally for her work with three Young Investigator awards from relevant societies, an Inspirational Leader Under 40 Award from the American Academy of Hospice and Palliative Medicine, and a Cambia Foundation Sojourns Scholar Leadership Award. She is an active scientific mentor to trainees at the doctoral, post-doctoral, and junior faculty level, as is the Director of Mentoring for Pitt’s Institute for Clinical Research Education as well as the Associate Program Director for Research for Pitt’s Internal Medicine residency and director of the General Internal Medicine research fellowship.

Dr. Adam Straub is an Associate Professor of Pharmacology and Chemical Biology and Director of the Center for Microvascular Research in the Heart, Lung, Blood and Vascular Medicine Institute.   Adam earned his bachelor’s degree from Allegheny College, Ph.D. from the University of Pittsburgh Graduate School of Public Health and conducted his post-doctoral training at the University of Virginia Medical School. His research focuses on understanding the basic and translational mechanisms of redox signaling in the cardiovascular system.  He has published more than 60 publications and has been supported by extramural research funds including an EPA STAR fellowship, NIH F32 fellowship, NIH K99/R00 Pathway to Independence Award, multiple NIH R01’s, AHA Established Investigator Award, and industry funded grants. He has received recognition for my research accomplishments by the AHA by being selected as finalist for the prestigious ATVB Irvine H. Page Young Investigator Research Award, finalist for the BCVS Outstanding Early Career Investigator, recipient of the Harry Goldblatt Award from the Council on Hypertension and recipient of the Mid-Career Research Award from the AHA Council on Hypertension.