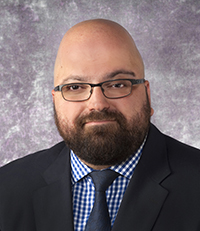 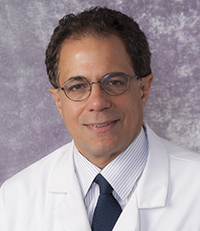 Drs. Frank Sciurba and Roy Semaan in the Division of Pulmonary, Allergy and Critical Care Medicine treated the first two patients in an Early Feasibility Study of an electrosurgical system created to treat the persistent symptoms of chronic bronchitis.

“We are pleased to partner with Gala in treating the first U.S. patients and thus continuing the contribution of UPMC as a leader in the development of novel devices for our patients” with Chronic Obstructive Pulmonary Disease (COPD), said Dr. Sciurba, MD, FCCP, a Visiting Professor of Medicine and Education in the University of Pittsburgh’s Department of Medicine and the director of the Emphysema/COPD Research Center at UPMC.

Dr. Semaan is an Assistant Professor of Medicine and Director of the Interventional Pulmonary Program at UPMC. 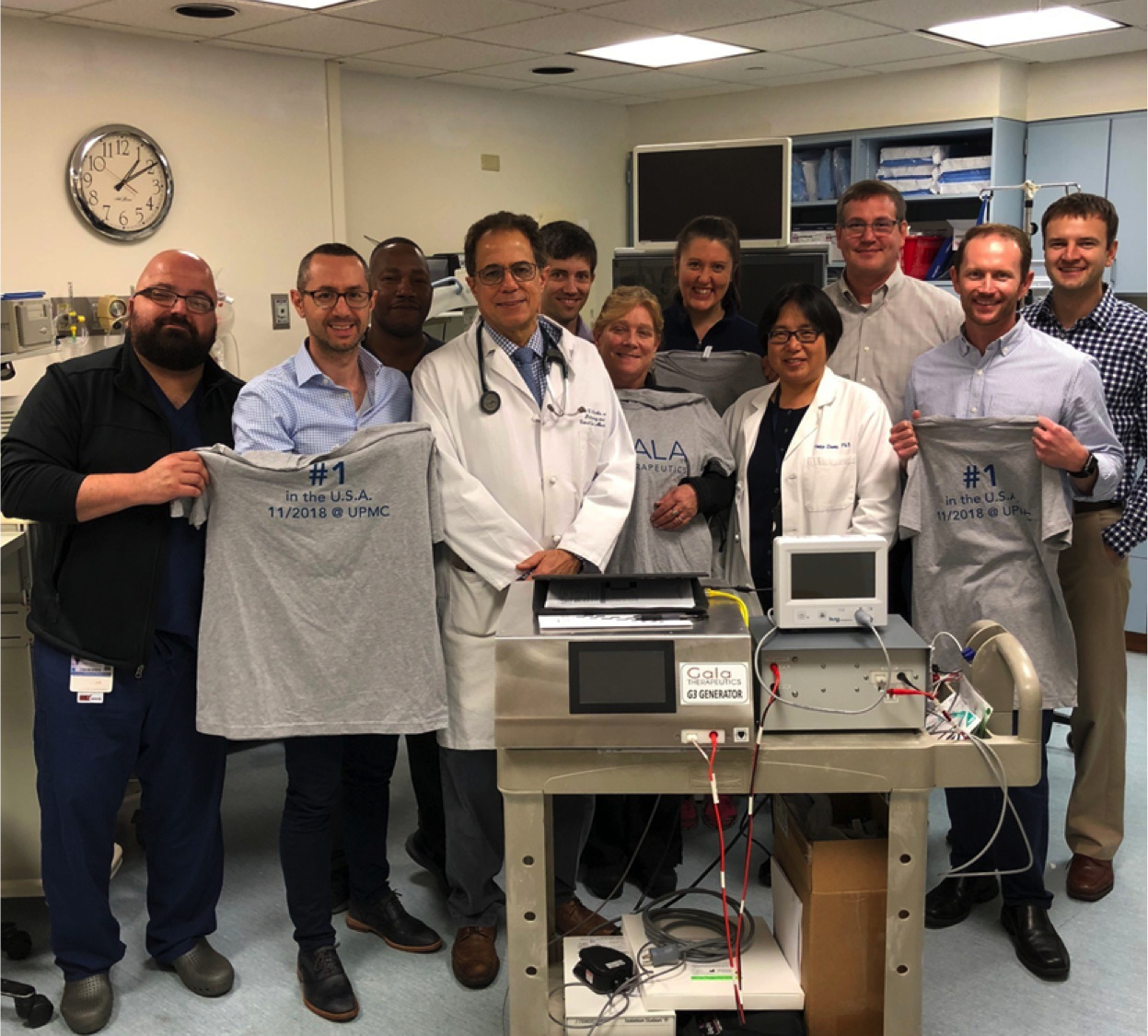 RheOx targets the abnormal, mucus-producing cells in the airways. In a minimally invasive procedure, a pulmonologist guides an endoscope into the airways and inserts the RheOx catheter, delivering short bursts of electrical energy to the airway walls. Within days, the abnormal cells that produce large volumes of mucus are replaced by new cells, which produce less mucus. At the European Respiratory Society in Paris in September 2018, data presented from studies outside the United States demonstrated RheOx significantly improves Quality of Life scores, reduces the mucus-producing cells on biopsy specimens, and resolves mucus plugging on CT scans.

Chronic bronchitis is the most common subtype of Chronic Obstructive Pulmonary Disease (COPD), a condition which impacts over 15 million people, mostly smokers and former smokers, in the United States. Secondhand smoke, vaping, exposure to airborne chemicals, pollution, and other irritants can contribute to the disease. Chronic bronchitis is associated with increased cough, excessive phlegm and shortness of breath for more than three months of each year. Despite treatment with inhalers, many patients have persistent symptoms.

In July 2018, the U.S. Food and Drug Administration granted Investigational Device Exemption approval to conduct an Early Feasibility Study to examine the safety of RheOx in subjects with chronic bronchitis. Fifteen subjects at five clinical trial sites in the United States will undergo Bronchial Rheoplasty. The procedure is performed in two treatments sessions, the first to treat the right lung airways and the second, one month later, to treat the left lung airways.