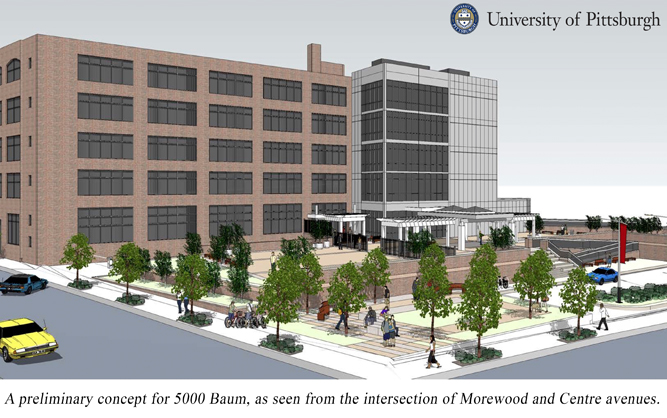 The University of Pittsburgh and UPMC are partnering to create a UPMC Immune Transplant and Therapy Center (ITTC), which will be based in a world-class innovation hub to be developed in Bloomfield.

UPMC has made an initial $200 million, three-year funding commitment to the new center. The University will transform a century-old building at 5000 Baum Boulevard, Bloomfield, into an eight-story innovation center with labs and offices, and eventually startup companies and industry partners. The renovation of the building—a former Ford Model T assembly plant and showroom—is projected to take more than two years.

Backed by decades of pioneering research at Pitt, UPMC’s funding for ITTC seeks to dramatically accelerate the pace at which medical teams can utilize new research. This investment will help pinpoint the most promising advances in immunology that are capable of enhancing human health. The center’s work will initially focus on three major areas: transplantation, cancer, and aging and chronic diseases.

“The ITTC represents an endeavor that is at the heart of UPMC’s mission—to develop and deliver life-changing medicine. By investing in extraordinary people and groundbreaking research today, we will define tomorrow’s health care, right here in Pittsburgh,” said UPMC President and Chief Executive Officer Jeffrey Romoff.

“We are creating an unprecedented ecosystem—one that connects basic science discoveries from Pitt with life-changing advances from UPMC while leveraging the catalytic power of industry partners. It’s a combination that will transform immunotherapy care and help us tackle some of medicine’s greatest challenges.”