In a study published this month in the journal Heart, a team of Pitt researchers performed serial echocardiograms in a cohort of 407 patients that underwent transcatheter aortic valve replacement at UPMC between July 2011 and January 2016. Prior work has shown that an elevated pulmonary arterial pressure, a condition known as pulmonary hypertension, before aortic valve replacement is associated with increased risk of mortality. Pitt researchers measured the pulmonary arterial pressure again after the procedure and determined that it was common for the pulmonary pressure to remain high, and that this also indicated high risk of a poor clinical outcome. Lead author Ahmad Masri, MD notes that “Persistent moderate or severe pulmonary hypertension is not only common after TAVR, but strongly associated with increased risk of all-cause mortality.”

Senior author João Cavalcante, MD says, “In contrast, patients whose pulmonary hypertension resolved post-TAVR had survival similar to patients with no evidence of pulmonary hypertension. Therefore, further investigation is required to determine whether persistent PH beyond TAVR is a modifiable target for future therapies. As aortic valve procedures account for an increasingly large share of clinical volume, it will be crucial to identify meaningful therapeutic targets in this population.” 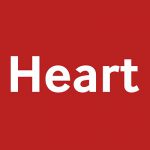