1.  HIV-associated lung disease:  We are currently evaluating the types of pulmonary complications that occur in HIV-infected subjects in the era of effective combination antiretroviral therapy.  We are conducting these studies in 2 large cohorts (the Multicenter AIDS Cohort and the Women’s Interagency Health Study) which include over 5000 HIV-infected and HIV-negative subjects.

2.  HIV-associated emphysema:  Studies early in the AIDS epidemic demonstrated that HIV-infected subjects have accelerated emphysema.  It is unknown whether this finding persists in the current era and what the causes are.  We are studying 600 HIV-infected and HIV-negative subjects at 3 centers to determine if emphysema is more severe and progresses more quickly in those with HIV infection and to determine causes of emphysema in this population.

As part of the HIV studies, we are one of the sites in the Lung HIV study group (www.lunghiv.com).   Lung HIV is a collaborative multi-site study sponsored by the National Heart, Lung, and Blood Institute (NHLBI) to examine a broad range of separate yet overlapping pulmonary topics. Eight Clinical Centers and a Data Coordinating Center have been tasked with creating a collection of datasets and biological specimens for use during the study period and in future investigations. The program is structured to facilitate both the development of these shared resources and the completion of the individual projects. 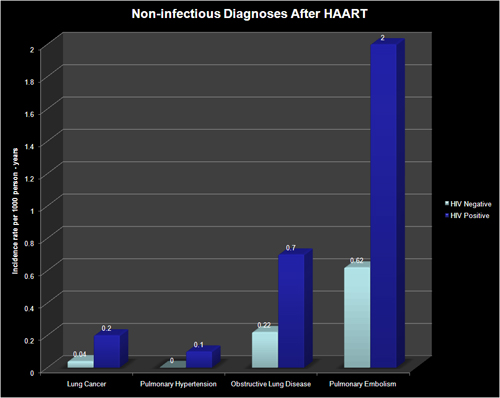 Data from the Multicenter AIDS Cohort study demonstrates that non-infectious complications such as obstructive lung disease are increased in HIV-infected subjects in the current era of effective combination antiretroviral therapy. 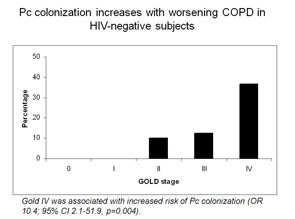 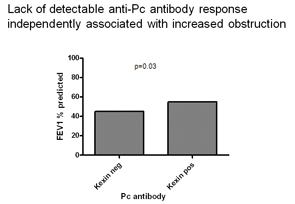