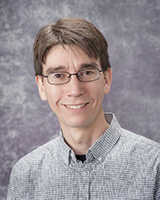 Matthew Culyba, MD, PhD, has been awarded funding in the amount of $40,000 for a two-year grant by the Competitive Medical Research Fund (CMRF) entitled “Identification of Novel Therapeutic Targets by Tracking the Evolutionary Dynamics of MRSA Bloodstream Infection”. The UPMC Health System established the CMRF in 1985 with the intent of providing modest research support across the broad range of biomedical sciences. The intent of the CMRF program is to provide funds for junior, independent scientists to develop the preliminary data and refinement of procedures and hypotheses that will enable submission of highly competitive applications to national funding sources.

Severe infection due to methicillin-resistant Staphylococcus aureus (MRSA) typically coincides with bloodstream infection (BSI). Unlike other common etiologies of BSI, MRSA is much more likely to cause persistent BSI (pBSI). MRSA-pBSI is associated with increased mortality, but the mechanisms underlying this drug-tolerant state remain poorly defined. The Centers for Disease Control and Prevention (CDC) and the World Health Organization (WHO) have designated MRSA as a priority pathogen, calling for further research to combat this ‘super-bug’.

Dr. Culyba and his team have uncovered two genes (citZ and odhA) involved in the tricarboxylic acid (TCA) cycle that each display a significant number of repeated and independent mutations. This finding demonstrates parallel evolution of the same pathway in different patients and strongly suggests the mutations confer an adaptive advantage within the host. Of note, perturbations in TCA cycle enzymes, specifically downregulation of citZ, have been previously linked to heightened virulence factor expression in S. aureus. Dr. Culyba hypothesizes that mutations causing reduced TCA cycle flux are associated with MRSA-pBSI. Confirming this link is imperative, as it implicates reduced TCA cycle activity as a mechanism of persistence in vivo and could offer a biomarker of
persistent infection.

This study will determine if a link between reduced TCA cycle activity and persistent infection exists. This information is important for identifying novel drug targets, predicting patient outcomes, and it sets the stage for future mechanistic and animal work.

Please join us in congratulating Matt!