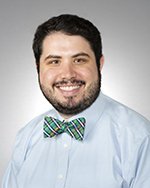 Brief Summary: Klebsiella pneumoniae is a Gram-negative bacterium and a member of the Enterobacteriaceae. K. pneumoniae is recognized by both the Center for Disease Control and the World Health Organization as a major healthcare threat across the globe that causes myriad infections, ranging from pneumonia to pyogenic liver abscess. Infections cause by K. pneumoniae have become increasingly difficult to treat due to widespread acquisition of mobile genetic elements conferring resistance to extended spectrum beta-lactams, carbapenems, colistin and other antibiotics. For this reason, K. pneumoniae has been placed on the priority list of pathogens for which new treatments are urgently needed. Multidrug resistance in K. pneumoniae results from the combined activity of intrinsic and acquired antimicrobial resistance mechanisms. Intrinsic resistance genes are typically core genes that have not been acquired as a result of horizontal gene transfer or antibiotic exposure. They comprise a large and poorly defined global gene network called the intrinsic resistome. These genes also contribute to other aspects of bacterial physiology including virulence. Mutation of intrinsic resistance genes can have pleiotropic effects that include rendering multidrug resistant strains antibiotic sensitive and attenuating virulence. Thus, intrinsic resistance genes represent potential therapeutic targets for treatment of antimicrobial resistant pathogens. The objective of my research project is to elucidate the intrinsic resistome of K. pneumoniae and characterize the contribution of these genes to antimicrobial resistance and pathogenesis.