The Shields lab works to design individualized approaches to antimicrobial therapy that prevent and treat infections due to drug-resistant pathogens.

The objective is to identify and validate antibiotic combination regimens that effectively eradicate Klebsiella pneumoniae carbapenemase producing K. pneumoniae (KPC-Kp) and suppress the emergence of ceftazidime-avibactam resistance. Utilizing sophisticated hollow-fiber infection models (HFIM) and ultrahigh-performance liquid chromatography-mass spectrometry (UHPLC-MS) techniques that Shields developed through his K08 training period to simulate humanized exposures of antibiotics and quantify resistance suppression over time. Using these data, the Shields lab will use mathematical modeling to design optimized treatment regimens against KPC-Kp infections, testing combination regimens in a fully-factorial HFIM and murine infection model before translating results to the patient bedside. The Shields lab is devoted to the care of patients with KPC-Kp infections.

Ceftazidime-avibactam is a newly developed antimicrobial combination that exhibits unique activity against Klebsiella pneumoniae carbapenemase producing K. pneumoniae (KPC-Kp). Prior to FDA-approval, we characterized the in vitro activity of the agent against KPC-Kp and identified decreased activity against KPC-3-, but not KPC-2-producing isolates (1a). After ceftazidime-avibactam was approved, we were the first to report the agent’s efficacy against KPC-Kp infections (1b). In doing so, we identified the first cases of ceftazidime-avibactam resistance to emerge in patients (1b, 1c). Our lab validated novel plasmid-borne KPC-3 mutations as the cause of resistance through whole genome sequencing and bacterial cloning approaches (1c). We further demonstrated that a reversion of carbapenem susceptibility among KPC-mutant isolates was lost upon re-exposure to a carbapenem (1d). Taken together, these reports have transformed the field’s subsequent clinical and translational studies to define roles for newly-developed agents against KPC-Kp.

Translating efficacy of antimicrobial combination therapy from the bench to bedside

The contributions outlined above are an extension of our work in the field of antimicrobial resistance. Our overarching goal is to devise therapeutic approaches against antimicrobial drug-resistant pathogens by translating scientific discoveries to the bedside.

Clinical impact and epidemiology of echinocandin resistance in Candida glabrata

At the beginning of Shields KL2 training, echinocandin resistance had been linked to FKS gene mutations, but only described in single case reports. The associations between patient outcomes and FKS mutations were unknown. Since, I published the first studies linking the presence of FKS mutations to failure of echinocandin therapy (3a) and identifying abdominal candidiasis as a hidden reservoir for echinocandin resistance (3b). We further elucidated the rate of FKS mutations across Candida species (3c) and the importance of prior echinocandin exposure in the development of resistance (3c) and treatment failures (3a, 3d). Taken together, we were able to develop the first echinocandin treatment algorithm that successfully predicts outcomes of patients with C. glabrata candidemia.

Infections due to multidrug-resistant hospital superbugs are associated with disproportionately high rates of death. The backbone of our translational research program is a careful description of patient cases that we use to guide our laboratory investigations. For example, we defined pneumonia and receipt of renal replacement therapy as factors mediating ceftazidime-avibactam resistance (4a). Our study supported the hypothesis that suboptimal ceftazidime-avibactam exposure (e.g., PK-PD) in critically-ill patients promotes the emergence of resistance, and was central to the design of the current proposal. Our clinical database further provides the opportunity to associate our translational interventions directly to patient outcomes over time. 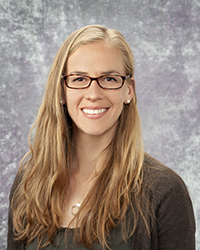