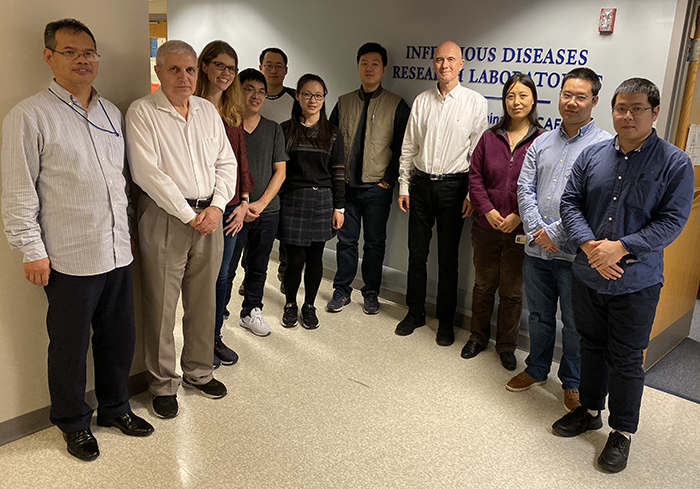 The expertise of the CAT will be applied not only to the identification of new antibodies but also to critically evaluate the potential of new targets and approaches to become scalable, commercially successful therapies. Existing collaborations with outside institutions will continue through the CAT, including the Pediatric Oncology Dream Team for rapid development of therapies for childhood cancers, the USA-China collaboration for HIV-1 cure, and several companies for the development of anti-cancer therapies. These and other collaborations are vital to keeping the CAT at the cutting edge of antibody-based science and technology, and to provide additional resources. For HIV, anti-HIV antibody/one-domain CD4-based proteins are currently the most promising because of their exceptional potency and ability to target all HIV variants. These chimeric molecules will continue to be developed with the major goal of curing HIV infection. This goal is achievable in the next several years if sufficient resources are applied. For cancer, the CAT leadership has identified many mAbs already tested in vitro and many of them in animals and some in humans, which will continue to be evaluated and developed against a number of cancers, mostly in combination with other therapeutics.

An important long-term goal is also to develop antibodies against aging. This reflects the decade long-te rm interest of the CAT Director and is also based on the huge potential of such new therapies for aging populations. The idea is to use antibodies not only against diseases of old age but also to delay aging and extend healthy life span.

In the 1980s while at the Bulgarian Academy of Sciences my laboratory sought to understand mechanisms of biological membrane interactions and fusion. One of the tools we used was electric fields to move membranes (dielectrophoresis), breaks them (electroporation) and fuse them (electrofusion). At the same time we studied also liposomes as model membranes. We generated liposomes by swelling in water solutions. I got the idea that perhaps electrical fields could enhance separationof membranes during swelling and asked my student, Miglena Angelova, to do an experiment where the swelling of liposomes occurred in electric fields. The result was amazing – we obtained beautiful unilamelar cell-sized liposomes on the electrode. We further developed this method (liposome electroformation) which is currently the method of choice for formation of model plasma cell membrane (ref. 1-4). The original article in the Faraday Discussions is cited more than 1400 times.

Mechanisms of HIV-1 entry and transmission, and development of potent inhibitors of HIV-1 infection

In the 1990’s while at the National Institutes of Health I wanted to understand mechanisms of HIV-1 entry and its transmission. In collaboration with Hana Goldingwe discovered the mechanism by which coreceptors mediate HIV-1 entry – by formation of a trimolecular complex with gp120 and CD4,and I suggested specific model of this complex. I also was performing experiments with live HIV-1 in Malcolm Martin’s laboratory and observed a regularity in the peaks of infection – every 10-fold dilution of the virus resulted in about 2 days delay in the peak of infection (ref. 1). I developed a mathematical model of the transmission of the virus in tissue cultures and found that the cell-to-cell transmission is much more effective than transmission by a cell-free virus. This finding had a major impact in the HIV-1 field providing a mechanism for fast transmission in vivo.

I was fascinated by the power of phage display and in collaboration with Dennis Burton identified and characterized a potent broadly neutralizing Fab, X5 (ref. 2) which provided important information for sterically restricted epitopes. My group developed large human antibody domain libraries and identified for the first time a very potent broadly neutralizing domain, m36 (ref. 3). Later using the power of phage display and structure- based design we succeeded to engineer very stable soluble one domain CD4, mD1.22, which in multivalent format was combined with m36 resulting in exceptionally potent molecule which neutralized all tested isolates (ref. 4). These molecules were used to generate effective CAR T cells which will be evaluated in clinical trial.

In the 2000’s I finally was able to fulfill a childhood dream – to develop therapeutics against viruses which could save human lives. My long-term collaborator, Chris Broder, has cloned and characterized the envelope glycoproteins of two newly identified emerging viruses which cause diseases of high (up to 90%) mortality, Hendra and Nipah viruses. We had the idea to use human monoclonal antibodies (mAbs) for therapy of exposed humans. We identified the first such mAbs in my group and one of them, m102.4 (ref. 1), was extensively evaluated in animal models of infection by Hendra and Nipah. The results were amazing – although infected monkey die within 10 days after challenge, m102.4 administered even 5 days post infection saved them although they were very sick. These results were followed by human clinical trial phase I with 40 volunteers which was completed successfully in Australia. Currently, m102.4 is approved for use in Australia on compassionate basis, the first mAb approved as a therapeutic against a viral disease. We also developed potent broadly neutralizing mAbs against other emerging viruses including the SARS-CoV (ref. 2), MERS-CoV (ref. 3) and SARS-CoV-2 (ref. 4) which all exhibited exceptionally potent neutralizing activity in animal models of viral infections, and the mAbs against MERS-CoV and SARS-CoV-2 are in production for evaluation in human clinical trials.

In the 2000’s my laboratory was one of the few in the world if not the only one which has identified broadly neutralizing mAbs (bnAbs) against emerging viruses and HIV-1. I was puzzled by the dramatic contrast in the level of somatic hypermutation between those mAbs – very low vs very high. I thought that HIV-1 has evolved to protect its highly conserved epitopes by not exposing them to the germline precursors of bnAbs. Thus, I suggested to test the bnAb germline precursors whether they bind to the HIV-1 envelope glycoprotein (Env) (ref. 1-4). Theresult was exciting – they did not as I hypothesized. Therefore, a successful vaccine should target the germline bnAb predecessors toinitiate the immune response (ref. 3). Many articles appeared one-two years after my original suggestion and my colleagues were successful to construct such potential vaccine immunogens. However, the second challenge, the complexity of the antibody maturation pathways remains unsolved although I hope that we could be lucky and finally discover a promising vaccine immunogen.

In the 2000’s we began also to develop human mAbs against cancer.One of the first target was CD22 which is expressed on B cells and could be used for elimination of cancer cells. One of the mAbs identified in my laboratory, m971 (ref. 1), was used to make chimeric antigen receptors (CARs) which were expressed on the surface ofT cells (ref. 2). The m971-based CAR-T cell therapy was highly successful in animal models of cancer and in humans (ref. 3). The patentcovering m971 mAb was licensed by Juno. Currently, m971 is used in many clinical trials especially when there is escape from the CD19targeting CARs. We developed a number of other mAbs some of which have been tested in animal models and one of them, m912 (ref. 4), against mesothelin, was licensed to Atara biotherapeutics and is in human trials at Sloan Kettering. 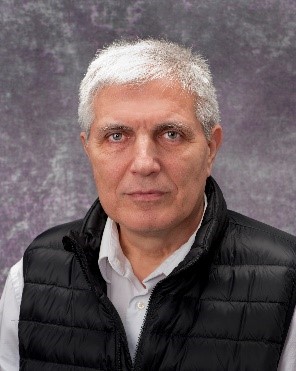 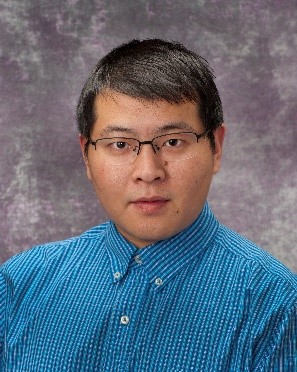 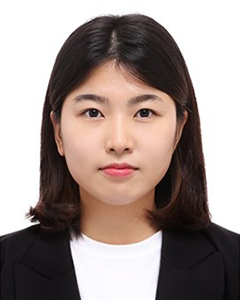 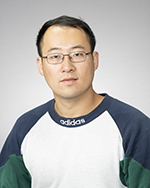